What is Revenge Bedtime Procrastination? 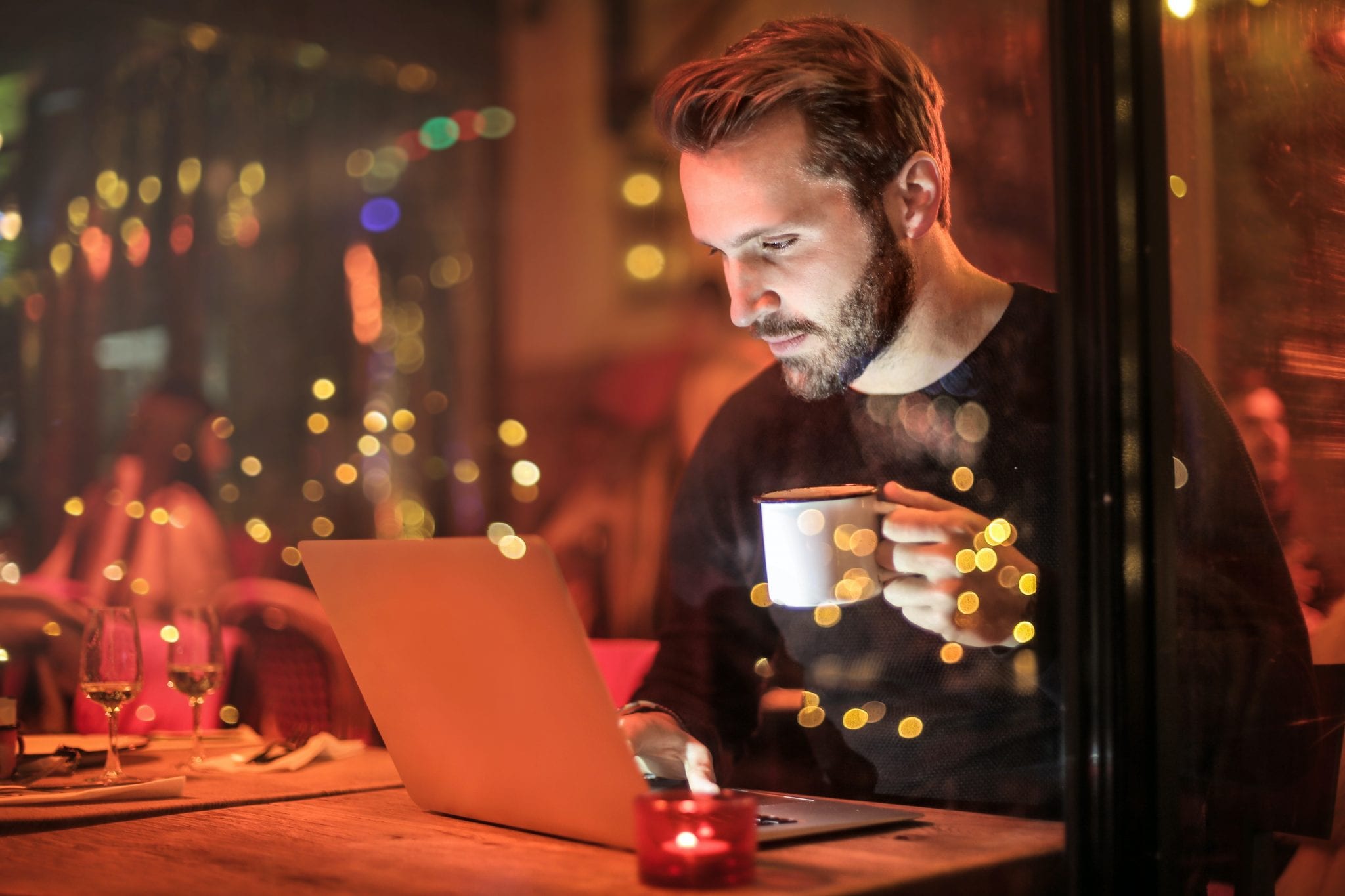 The other night I thought that as soon as my head hit the pillows, I would be out cold. I had one of those non-stop days. You know, getting ahead of work and attending to household responsibilities like laundry.

A peculiar thing happened. I laid there wide awake.

So, I decided to read a book to calm down. When I felt drowsy enough, I put the book down but continued to toss and turn. Frustrated, I grabbed my phone and turned on a podcast until I eventually fell asleep.

I was well aware that it was past my bedtime. I also knew that I was going to pay for not going to bed on time by dragging all day tomorrow. But, I just couldn’t help myself.

Of course, I’m not an anomaly. In fact, this such a prevalent problem that the phenomenon has its own name; it’s called “the revenge bedtime procrastination.”

What is revenge bedtime procrastination?

“Revenge bedtime procrastination is just a cry from overworked people, and they’re actually trying to put off bedtime just a little bit so they can reclaim something for themselves,” said Dr. Rajkumar Dasgupta, assistant professor of clinical medicine at the University of Southern California Keck School of Medicine in Los Angeles.

More directly, it’s sacrificing sleep so that you have more leisure time.

For example, if you’re exhausted and it’s 10 p.m., you might decide to watch a movie? The reason, you didn’t feel that you had much downtime during the day. So, you want to make up for that, relax, and enjoy a movie.

The problem? You’re breaking your normal sleep schedule by falling asleep until after midnight. And, you’re willing to accept the consequences — mainly that you’ll be a zombie tomorrow at work.

Another factor could be an unplanned circumstance. Maybe your favorite baseball team goes into extra innings causing you to it the hay later than planned. Or, you aren’t falling well or dealing with a restless child or dog.

The link between COVID and sleep.

Another cause is that the lines between work and life have become too intertwined. For instance, you’re responding to emails or Slack messages at all hours of the night instead of enjoying your leisure time. So, to recapture some much-needed “me time,” you stay up later.

For many, this has been the case following COVID-19. Many of us no longer had a clear separation between work and life since our homes became our workplaces. We were also more stressed and couldn’t stop ourselves from doomscrolling.

How bad has gotten? Well, since the pandemic started, 40% of people have reported sleeping problems.

What’s revenge got to do with it.

As the revenge part? That came about in 2016 when it took off on the internet in China. “Revenge bedtime procrastination” is the literal translation is “staying up late in a self-revenge way.”

The phrase finally went viral in English following a tweet by New York-based journalist Daphne K. Lee. She defined this as “a phenomenon in which people who don’t have much control over their daytime life refuse to sleep early in order to regain some sense of freedom during late night hours.”

The importance of sleep.

It might some harmless to occasionally stay past your normal bedtime. After all, at least you’re getting some amount of z’s, right?

Occasionally, this might be acceptable. However, it’s a myth that you can catch up on sleep. Moreover, bedtime procrastination can lead to sleep deprivation.

Why’s that concerning? Well, falling short on slumber doesn’t just make you so tired that you chug multiple pots of coffee. It can cause symptoms like;

What’s more, a lack of sleep can also cause physical health conditions like;

As if that’s not bad enough, a lack of sleep can reduce self-regulation and impulse control. And, it also raises the odds of dying early.

In short, sleep deprivation negatively affects all facets of your life. As such, it needs to be a top priority.

Getting revenge on revenge bedtime procrastination.

Ideally, we all should be getting between 7-9 hours of quality sleep per night. For adolescents and teenagers, it’s more. But, how can we win this fight against bedtime procrastination? Well, here are 6 recommendations.

“According to sleep expert Dr. Michael Breus, there are four different chronotypes or circadian rhythm personalities,” writes Abby Miller in another Calendar article. “He suggests that you determine which one you are so that you can mirror the sleep-wake habits that best describe you.”

“To find out what your animal, track your time and take Dr. Breus’ sleep chronotype quiz,” she advises. “After that, re-organize your day so that you can align your sleep pattern and work schedule. For example, if you’re a lion, then you would want to tackle your most important work bright and early.”

2. Chillax in the evening.

As you should know, your morning routine can make or break your day. But, your evening routine is equally important. And, that should conclude with your bedtime ritual.

Preferably, this should take place around 30 to 60 minutes prior to bed. And, it should contain only activities that make you feel relaxed. Some suggestions would be;

Electronic devices, such as your phone or tablet, emit blue light. In case you weren’t aware, this reduces melatonin levels. Melatonin is the chemical that’s responsible for your wake/sleep schedule.

What’s that mean? When these levels dip, you’ll have more difficulty falling asleep.

Additionally, blue light can stimulate your brain. Which, as you might have guessed, makes sleep more of a challenge. And, if you keep your phone close, notifications that you receive at night can interrupt your sleep.

The solution? Avoid blue light at least an hour before bed. You should also stop using your phone as an alarm and place it across your room.

Your bed needs to be reserved only for sleep and sex. Nothing else. What’s more, your bedroom should be cool, dark, and quiet.

Preferably, set your thermostat between 60°F and 67°F, invest in blackout curtains, and even earplugs. Also, don’t skimp on your pillows and mattress.

If you’re putting off sleep because you’re worrying, then address these thoughts before laying down. For instance, you could jot down your worries so that they’re out of your head.

6. Use your online calendar.

What does your calendar have to do with hitting the hay? In a previous Calendar article, Angela Ruth argues that with your trusty calendar, you can add structure to help encourage a better night’s rest, such as;

If you’ve done all of the above and are still struggling with sleep, then make an appointment with your physician. The sooner you get to the root cause, the faster you can nip bad sleep habits from robbing you of another good night’s sleep. 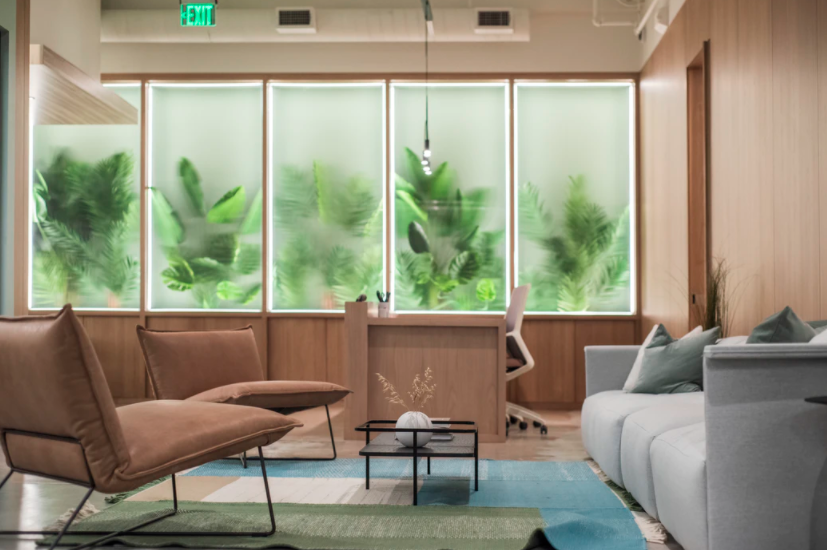 The Best Amenities for Your Waiting Room