What are Your Top Productivity Strategies? 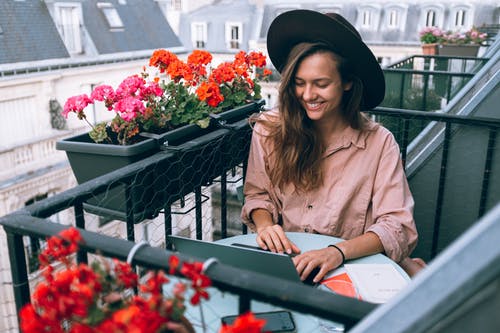 When you think about it, most things in life are subjective. Your favorite color, food, band, or movie? They are your personal favorites — no matter what anyone else says. In other words, there’s no right or wrong answer. In a way, the same is true of productivity strategies. What makes a top productivity strategy for me may not fly with you. And, what works for Elon Musk, Oprah, or your best friend may not be a useful technique for you.

Like your favorite food or music — you want to share your favorites with others. Who knows? Maybe all the famous ones would agree with you? That’s why we’ve collected some of the top productivity strategies for you to implement. Hopefully, you can use them to boost your productivity.

But, if one way to productivity doesn’t work for you, then try out the next suggestion you hear about. Or, even better, make some adjustments and make it your own. You will find a strategy that will work for you. Just keep trying.

“You probably have powerful habits and connections that you take for granted each day,” James Clear writes in “Atomic Habits.” “For example, your brain is probably very efficient at remembering to take a shower each morning or to brew your morning cup of coffee or to open the blinds when the sun rises — or thousands of other daily habits.”

But, did you know that you can “take advantage of these strong connections to build new habits?” It’s possible with something called habit stacking.

Basically, this is where you “identify a current habit you already do each day and then stack your new behavior on top.” And, you’ll use the following formula to achieve this: After/Before [CURRENT HABIT], I will [NEW HABIT].

Here’s an example from Clear; “After I pour my cup of coffee each morning, I will meditate for one minute.” After meditating, you would write your to-do-list for the day. And, after that, you would begin working on your first task.

The key is to make sure that “the cue is highly specific and immediately actionable.” When it is, you’ll have clear goals that will add-up to small wins over time.

Stand on your (Eisenhower) soapbox.

A priority matrix is one of the most effective ways to prioritize your lists. In turn, this will make you more productive since it encourages you to focus only on what you need to get done. And, even better, it keeps distractions at bay by ensuring that you don’t fall into the urgency trap.

One of the most popular priority matrixes around is the Eisenhower Matix. I’ve written and spoken about this before. Named after Dwight D. Eisenhower, the 34th President of the United States and first supreme commander of NATO, this principle is extremely simple to do.

“Create a four-quadrant box and place all of the items on your list into one of the following quadrants,” explains Calendar’s Angela Ruth:

“If you have multiple items in the urgent and important box, assign each item a number,” says Angela. “For example, if you have a task that’s due to today, then that would be assigned the number one since that’s your main priority for the day.”

Get magically whisked away to 1918 with the Ivy Lee Method.

For over a century, this has been a popular productivity technique that’s helped people regain control of their schedules.

Named after Ivy Lee, a productivity consultant hired by leaders like Charles M. Schwab, this is a night routine that only takes 15-minutes. When your home is quiet, “jot down the five or six most important things you want to accomplish the next day.” Next, you’ll put them in order, “starting with the most important task first thing in the morning.”

“The Ivy Lee Method is so effective because by planning your day the night before, you reduce decision fatigue and reserve your energy for your most meaningful work. You wake up knowing exactly what you’ll be working all day instead of wasting valuable time and energy making decisions in the morning.”

Anthony Trollope is a fascinating historical figure. From 1843 to 1883, he wrote 47 novels, 17 non-fiction books, two plays, and over 20 articles and letters. What makes this even more impressive? He did this while holding down a full-time job as a post office inspector.

So, how was he able to achieve such a feat?

Well, he had a dedicated morning routine that supercharged his productivity.

“It was my practice to be at my table every morning at 5.30 A.M., and it was also my practice to allow myself no mercy,” Trollope noted his Autobiography. “It had at this time become my custom, and is still my custom, though of late I have become a little lenient of myself, to write with my watch before me, and to require of myself 250 words every quarter of an hour.”

“This division of time allowed me to produce over ten pages of an ordinary novel volume a day, and if kept up through ten months, would have given as its results, three novels of three volumes each in the year.”

So, let’s break this down.

Because he already had a packed schedule, Trollope had to get creative by finding any possible free time. That meant waking up early and writing before going to work.

Next, he had to make sure that he didn’t waste any of this valuable time. He accomplished this through timed writing sessions. It’s similar to the Pomodoro Technique, where he only concentrated on writing for specific amounts of time — aka, no multitasking.

Finally, Trollope also tracked his progress. He was known for keeping track of how many pages he wrote each day to keep the momentum going.

As Trollope himself discovered, “A small daily task — if it be really daily, — will beat the labors of a spasmodic Hercules.”

Adhere to the Five Project Rule.

Throughout my life, I’ve known so many people who are always jumping from one thing to the next. The problem isn’t that they aren’t motivated or driven. It’s just that they never finish what they started.

“If you’re always starting interesting projects and not finishing, then no matter how hard you work, you’re just busy, not productive.”

It’s true. You may have learned some things along the way. But, you don’t get that release of dopamine when you finish something. That may not sound like much, but when you feel good and proud of your finished result, you want to keep repeating that behavior.

Additionally, there’s the Zeigarnik Effect. In a nutshell, this refers to “the tendency to better remember unfinished tasks than completed ones.” As such, this creates cognitive tension where uncompleted tasks stay on the top of your mind until finished.

While that can be used to your advantage, like overcoming procrastination, it can also be a distraction. Besides, at some point, you may have to circle back to this unfinished project. And that can be a waste of time and energy. It’s pretty great always to finish what you start.

A simple way to start finishing what matters is to use the “Five Project Rule.” It’s a concept described by Charlie Gilkey in “Start Finishing: How to Go from Idea to Done.”

“You will never be able to do all the things you think you might want to do,” Gilkey told John Lee Dumas. “And that’s just part of being human. But when you accept that fact, you can get down to three to five active projects.

“Active projects are the ones that you’re pushing for,” says Gilkey. “You’re working them. They’re on your virtual or physical desktop. You’re touching them daily.”

As Andee Love explains in a Fast Company article, this is where you divide your “schedule between ‘A’ and ‘B’ weeks for different types of work.” The reason why this is effective is that it keeps you energized since it lowers the cost of context switching.

If that’s something you would be interested in, then here’s how to get started:

Pop from location to location.

Here we have a productivity hack from Joel Runyon on Impossible HQ. It’s called ‘Workplace Popcorn,” and it goes like this:

Are you sitting down for this? Long hours don’t make you more productive. According to a Stanford study, productivity declines after someone has worked for more than 50 hours. It’s such a dropoff that putting in more hours would be pointless.

“Busyness is not a means to accomplishment, but an obstacle to it,” writes Alex Soojung-Kim Pang, a Stanford scholar and author of “Rest: Why You Get More Done When You Work Less.” That’s because we often define ourselves by our “work, dedication, effectiveness, and willingness to go the extra mile,” so working less is often viewed as a barrier to success.

I know. Getting more done by doing less may sound like a pipe dream. But it’s possible. One such way to achieve this is adopting a spiritual law of success known as the Law of Least Effort.

Kabir Sehgal and Deepak Chopra explain in a CNBC article that this “law is based on the idea that nature’s intelligence functions with the effortless ease of action and without resistance.” And, it’s easy to incorporate into your life:

Tap into the power of solitude.

“It’s important to spend time around people,” writes Amy Morin. “You can improve your habits and learn new things when you’re surrounded by interesting people.” And, as found in the popular 80-year Harvard study, relationships help us live longer and make us happier.

However, spending too much time around people “might also be a bad thing,” states Morin. “Our digital devices often make us feel like we need to be connected 24/7.” And, even worse, “all of the noise, activity, and hustle can wear you out (and ironically can leave you feeling lonelier than ever).”

That’s why despite getting a bad rap, we should occasionally embrace solitude. In addition to being “an essential component to your health and well-being,” spending time alone can make you more successful by:

Additionally, in “Time Management,” written by Fabien Weisberg, solitude, can “help you become better at managing your time effectively.” The reason? “Being alone is when you need to figure out what you need and want to do.”

Does this mean that you have to go off the grid and disappear for an extended period? Nope. “Just 10 minutes of alone time each day could be enough to help you rejuvenate from the daily grind,” writes Morin. Too bust for this simple activity? Then block out some alone time in your calendar in advance like you would with an appointment or meeting.

During this time you could go for a walk, meditate, or sit quietly in your office. Just remember to “silence your electronics and allow yourself to be alone with your thoughts.”

Do you have a favorite productivity strategy? Let us know all about it! 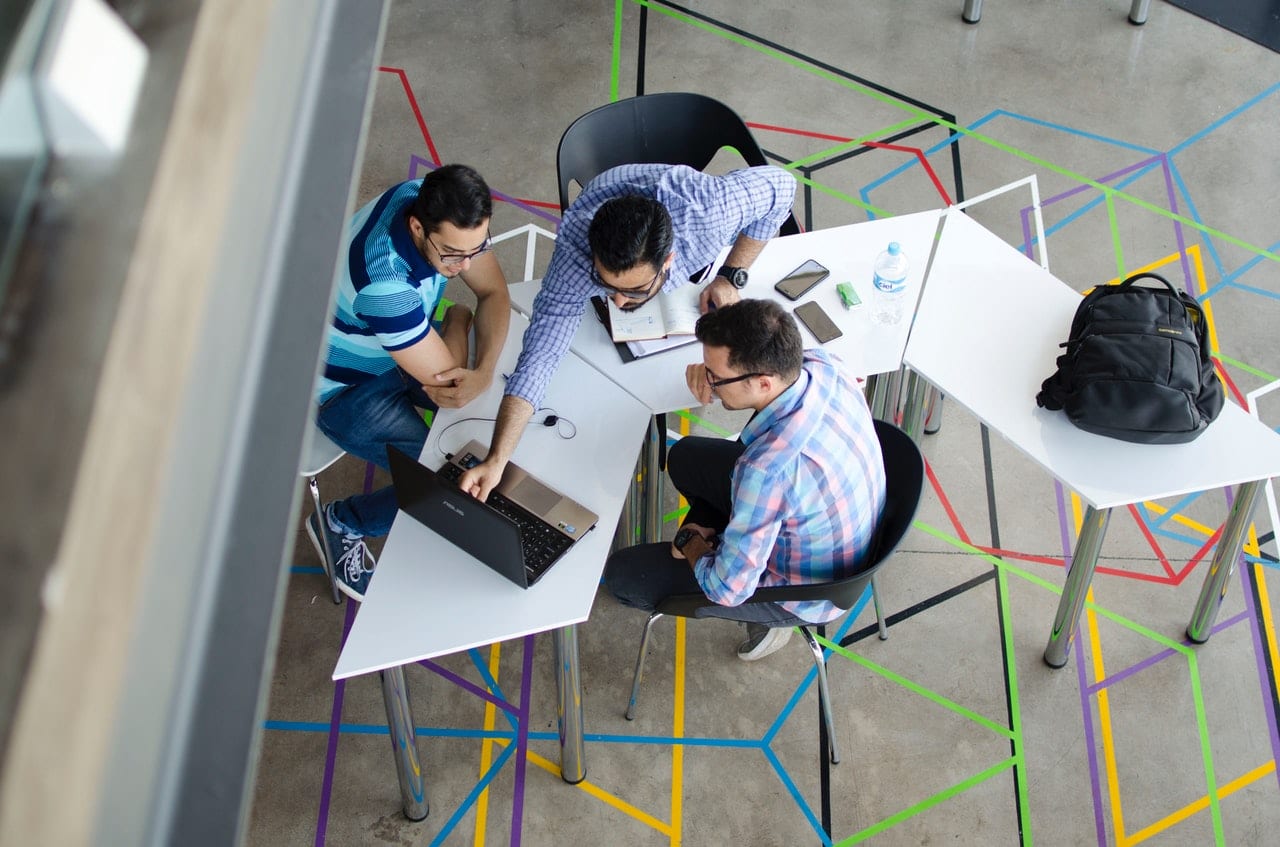 9 Tips to Have a Productive Meeting Every Time