How Do You Deal With Always Being On? 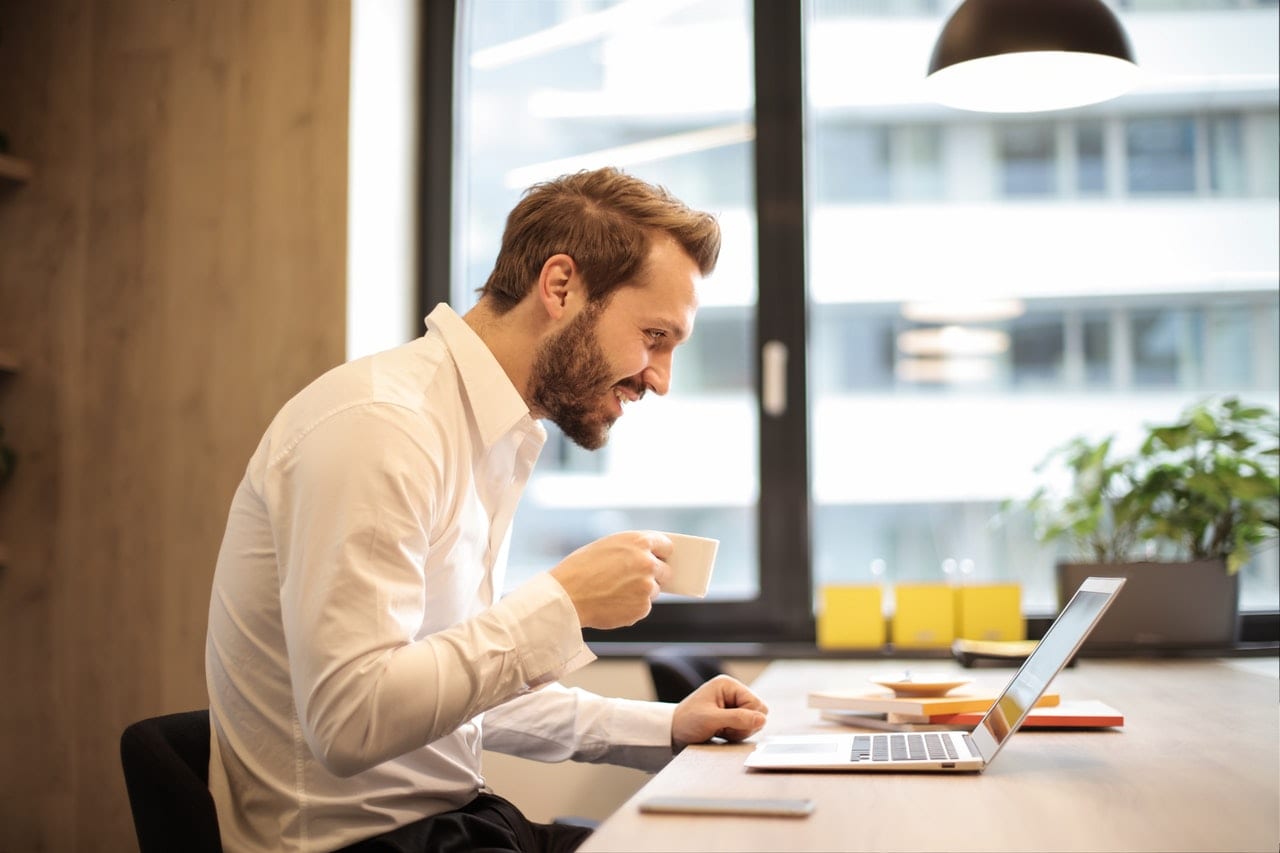 Without trying to boast, I love being an entrepreneur. Being my own boss means I get to pursue what I’m passionate about. I can set my own schedule. And, all of the hard work I put in is for my family and me — not someone else.

At the same time, there’s a dark side to entrepreneurship. I know we tend to put individuals like Elon Musk, Steve Jobs, and Jeff Bezos on a pedestal. But, we are rarely open-up about the setbacks, stress, and “always-on” culture that it entails.

For example, Musk seems proud of the fact that he works 80 to 100 hours per week. In crunch time, that may be a necessary evil. But, that’s just not sustainable over the long run. In fact, it’s been found that working over 50 hours per week makes you less productive.

Additionally, we fall poisonous tropes. These include putting on the persona that you’re perfect and unshakable. We also can’t separate ourselves from our companies. And, being a founder isn’t just tricky; it can also be alienating.

Because of all the above, it’s not surprising that there’s a mental health crisis in entrepreneurship. Just how bad is it? According to a study by the University of San Francisco researcher Michael A. Freeman, founders are

So, how can this be resolved? Well, removing the stigma surrounding mental health and seeking help is a start. But, I also believe that you need to make self-care a priority. And, most importantly, learn how to stop always being on.

“Founders and A-type personalities tend to live and die by their calendar and their task lists,” writes Jake Chapman for TechCrunch. “Unfortunately, task lists are just reminders that there are countless things to be done.” And, because “task lists are infinite, “this is a recipe for unbearable mental strain and unmanageable cognitive load.”

“The definition of anxiety is when we perceive that our ability to achieve is overwhelmed by the tasks at hand, which is inevitable when our tasks are ill-defined, too large or seemingly unending,” adds Chapman. So, scrap your task list and replace it with a daily priorities list.

What exactly is this? Well, it’s merely where list only the urgent AND essential items. “Completing these items may be more difficult, but getting them off your plate is infinitely more satisfying,” Chapman says.

But, what if everything is a top priority? Take a second and really think about that. The chances are that’s not true. But, if you need help determining this, try to focus only on the items that push you closer to your goals.

If that doesn’t help, use factors like due dates, ROI, or the consequences of not following through. You could also use the popular Eisenhower Matrix to determine.

Those who have the power to self-regulate “can mitigate the stress of constant connectivity,” explain Charn McAllister, DJ Steffensen, Pamela L. Perrewé, C. Darren Brooks, and Gang Wang for HBR. We also call this “willpower.” And, it’s merely the ability to resist temptations, like responding to emails during family game night.

Of course, this is much easier said than done. Just imagine you’re anticipating an important message or phone call from a team member, client, or investor. You probably can’t resist the urge to check your phone every couple of minutes.

However, just like any other muscle, you can build up your willpower. But, this won’t just happen overnight. You have to keep working at it over time.

Even better? Willpower has been found that be universal. That means that “the willpower used to resist that second piece of cheesecake is the same willpower that can keep you from checking your phone for the 14th time this hour,” explain the authors.

How can you strengthen your willpower? The authors recommend starting with the basics. For example, since you’re primarily working from home because of COVID-19, continue making your bed, eating healthy, and sitting-up straight when working.

“All of these little, minor disciplines are small workouts that strengthen your overall willpower and will ultimately help you in separating your work life from your home life,” they add. Promaiarly, when it comes to setting and sticking to your boundaries. When you “clock-out” for the day, then you’re done with work until tomorrow.

“For a passionate person, the more you care about what you do, the more you’re trying to solve a problem, the more ideas you’re going to come up with,” says Scott Belsky, co-founder of Behance. “There’s a tendency to be addicted to the energy and excitement of new ideas, but that’s not a long-term high – it’s short-term.”

Like most entrepreneurs, I definitely belong in that group. As a result, my mind is always racing with a million ideas.

Personally, I think that this is both a blessing and a curse. Thankfully, Belsky, who is also the author of Making Ideas Happen: Overcoming the Obstacles Between Vision and Reality, says you can counter this by killing your ideas. And, you can do this by:

I’d also add that whenever an idea pops up into your head, you write it down. I always keep a notebook on my desk. But, when I’m out and out about, I’ll put any thoughts into my phone’s notepad.

Besides getting these thoughts out of my head, I can then determine what to chase. As for the bad ideas or thoughts bothering me, I rip them up and toss them in the trash.

You just responded to an email or crossed off an item from your to-do-list. You’re feeling pretty good. And, while that can help you build momentum, it can also stay with you.

We call this phenomenon has been called “attention residue.” In addition to having a negative effect on your productivity, it can make it difficult for you to “turn-off” — especially when working from home.

But, there are ways to control attention residue. For example, when work is done for the day, quit your email, social media, and messaging programs. You could even turn off your phone. That may cause anxiety. However, I’ve learned that if it’s essential, they’ll leave a message and I’ll get back to them when I can.

Dr. Keith Webb also recommends physical movement, such as standing up in-between tasks. For the last couple of months, I’ve transitioned from “work” mode to “home” by taking a walk as soon as I’ve wrapped up my obligations for the day.

5. Make an appointment with yourself.

Finally, to ensure that you make time to do things outside of work, use your calendar. Just like booking appointments with your team or priorities, block out time during the things you enjoy. It could be an hour in the morning fro exercise or lunch with your best friend.

The idea is to add non-work priorities to your calendar. Now you don’t have the excuse that you “don’t have time.” Better yet, this can be could for your mental health and provides a much-needed distraction from work.

I would add that you don’t want to overdo this. Instead, you need to strike a balance. That means putting your priorities into your calendar first. But, also leaving room for flexibility. For instance, you’re at the store and run into an old acquittance. Your calendar is free for the next two hours, so you offer to buy them coffee and catch-up. 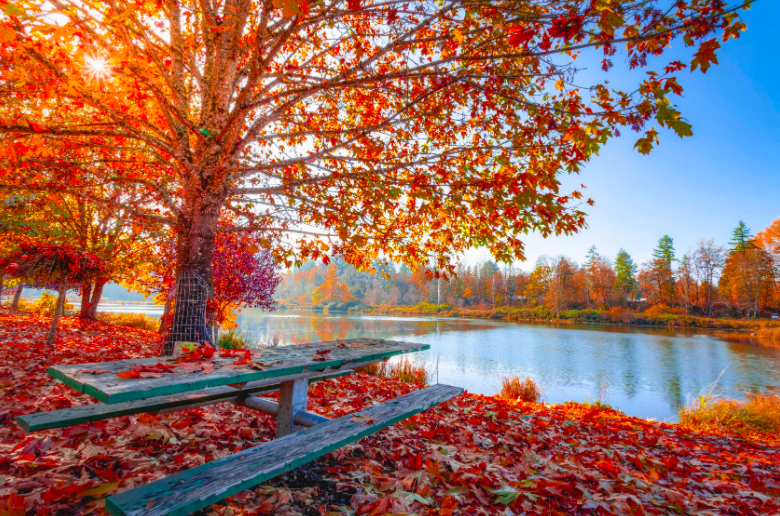 8 Fall Activities Every Team Will Enjoy