Don’t Be Busy. Be Present 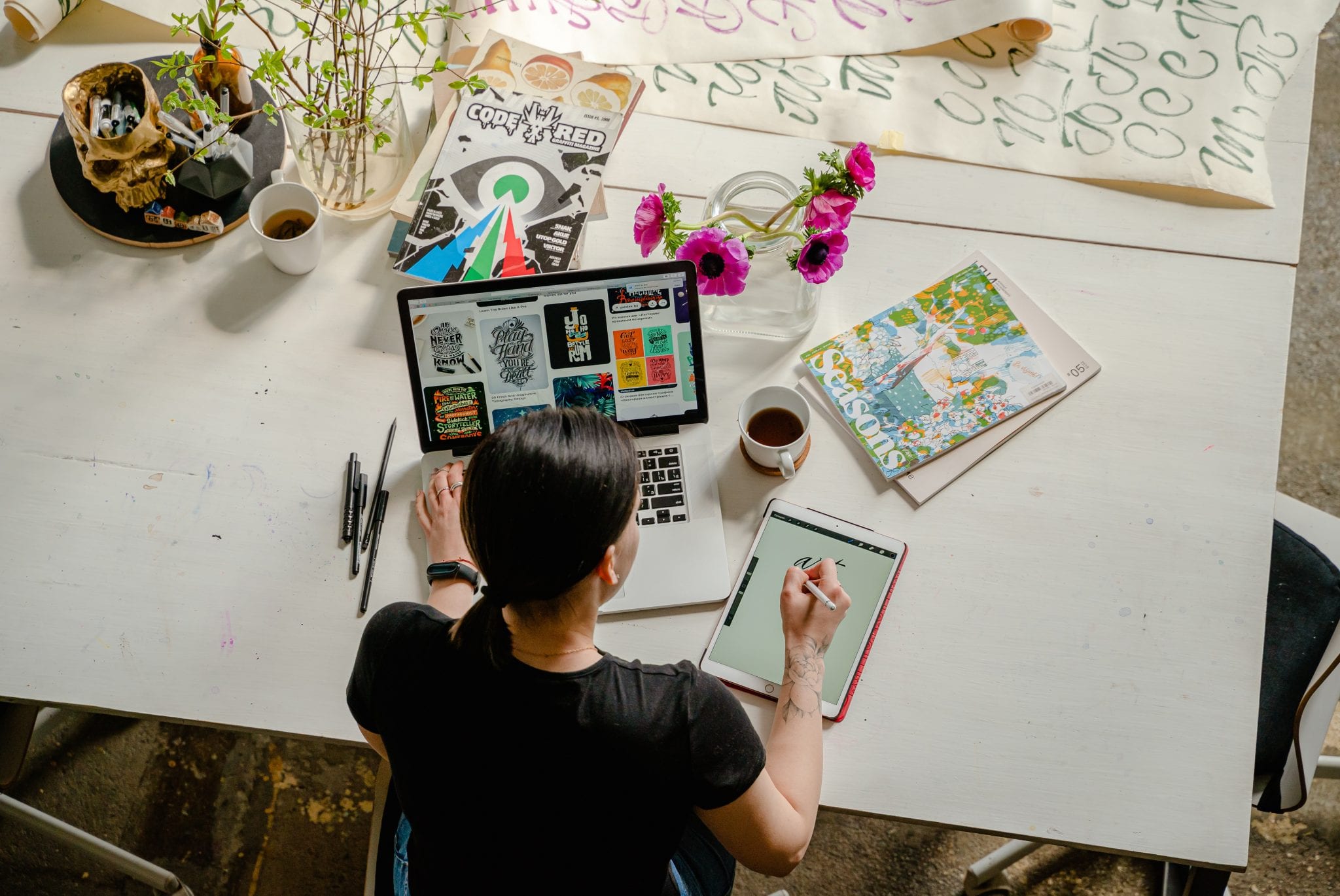 From the moment your alarm jolts you from a dream to when your head hits the pillow at night — your day is non-stop. Between all of your work and personal responsibilities — you somehow have to squeeze in one day, you’re “busy.”

Take a second to think — this may not be the way to live. It’s an idea that Danish philosopher Søren Kierkegaard explored in his 1843 treatise Either/Or: A Fragment of Life by writing, “Of all ridiculous things the most ridiculous seems to me, to be busy — to be someone who is brisk about their food and work.”

“Therefore, whenever I see a fly settling, in the decisive moment, on the nose of such a person of affairs, or if he is spattered with mud from a carriage which drives past him in still greater haste, he adds. “Or the drawbridge opens up before him, or a tile falls down and knocks him dead, then I laugh heartily.”

In short, Kierkegaard’s response to the “busy” individual was to laugh at them. That may sound mean-spirited. But he may have been on to something here.

Don’t Be Busy. Be Present.

To be busy and productive feels great, but people who have to fill every waking moment with something — anything — even if it’s unimportant are the ones who are not present. For some, frantic busyness provides an escape. Others, however, seem to belong to a cult of busyness.

Interested in this phenomenon, researchers from Columbia University, Harvard, and Georgetown explored why we’re so impressed with being busy.

“In general, we found that the busy person is perceived as high status, and interestingly, these status attributions are heavily influenced by our own beliefs about social mobility,” wrote the authors Silvia Bellezza, Neeru Paharia, and Anat Keinan. “In other words, the more we believe that one has the opportunity for success based on hard work, the more we tend to think that people who skip leisure and work all the time are of higher standing.”

The problems with being too busy.

Are there obligations that must be met? Absolutely. But that doesn’t mean you have to be doing something constantly.

It’s been found that being a member of “the cult of busy” creates a chronic stress response in your body and mind. As a consequence, you might experience symptoms like fatigue, insomnia, headaches, and gastrointestinal discomforts. You’re also asking for possible cardiac issues as well.

But, it’s not merely our physical well-being that we’re putting in harm’s way. There’s also a link between stress and depression. Additionally, relationships and work performance suffer too.

In other words, being busy negatively affects every part of your life. As such, it’s time to leave this cult. And, you can make that possible by focusing on the present instead.

Don’t ignore the past and future.

Let’s be real here. Living in the moment is a formidable force. And, you can thank evolution for that.

“Human psychology is evolutionarily hard-wired to live in the past and the future,” explains Eyal Winter Ph.D. “Other species have instincts and reflexes to help with their survival, but human survival relies very much on learning and planning.”

Rather than trying to shut out the past or future completely, find a healthy balance. For example, you could reflect on a past accomplishment or mistake during your morning or evening routine. If you’re worried or anxious about a future event, jot it down and develop a plan of action.

Most importantly, take and do these new actions in small steps and small doses. Personally, I allocate no more than 15-minutes of worrying time per day. During this time, I get all of these thoughts out of my head and organize them for later so that I can focus on the task at hand. You may need a little longer — but too much time worrying can easily overwhelm some people.

As I’ve already said. There are responsibilities that you must follow through with. However, most of the items on your to-do lists could probably be removed. Maybe that’s why 41% of to­-do items are never completed.

The fix? Do less.

That may sound easier said than done. But, it’s possible to use techniques like the Pareto Principle, aka the 80/20 Rule.

“The Pareto Principle is a concept that suggests two out of ten items, on any general to-do list, will turn out to be worth more than the other eight items put together,” clarifies Brian Tracy.

“The sad fact is that most people procrastinate on the top 10 or 20 percent of items that are the most valuable and important,” which is known as the “vital few.“ Instead, they “busy themselves” with the least important 80 percent, aka the “trivial many.”

You can encourage this by;

The opportunity cost is often used when making a financial or investment decision. In a nutshell, it’s determining the return you’ll receive from each option you’re weighing.

For example, you decide to spend $2000 on a new Macbook. While you now have a new laptop, you also can’t put that money towards something more beneficial in the long run — such as making sure your emergency fund is full.

You can also use this concept when it comes to how you want to spend your time. You could accept that meeting invite. But, it’s an hour-long and doesn’t have a clear purpose.

Instead, you may determine that that block of time could be better spent finishing an important task so that you can leave early to spend time with your family.

Let go of the narrative so that you can focus.

“If you are feeling fear, shame, overwhelm, anxiety, worry … this is completely natural,” writes Leo Babauta from Zen Habits. “Let yourself feel it fully for a moment.” From there, “see if you can let go of the narrative that’s causing the fear.”

“What narrative are you playing in your head that’s making you afraid?” he asks. Are you concerned about not meeting a deadline you set or being perfect? “These are not necessarily false narratives, but they’re hurting you no matter how true they are.”

Narratives, like the examples above, “keep us from being present, pulling us instead to thinking about other things,” states Babauta. They also “add fear and worry to our experience, which makes it harder to focus.”

“So think of the narrative as a soap bubble that you can just pop,” he advises. “Pop! And it’s gone.”

Bring more mindfulness into your life.

Well, you know that this was eventually going to pop up.

“According to thousands of years of tradition, Buddhists meditate to understand themselves and their connections to all beings,” writes Jill Suttie, Psy.D. in Greater Good. “By doing so, they hope to be released from suffering and ultimately gain enlightenment.”

Research, however, also shows that “mindfulness affects many aspects of our psychological well-being,” adds Dr. Suttie. These “include improving our mood, increasing positive emotions, and decreasing our anxiety, emotional reactivity, and job burnout.” Moreover, mindfulness is good for our hearts, improves immune response, and decreases cognitive decline.

Even better? You can introduce mindfulness into your daily life via;

There’s a rule that I’ve followed for years when you feel over-committed and need to decide where to trim the fat. “If you’re not saying ‘HELL YEAH!’ about something, say ‘no,’” recommends Derek Sivers.

“When deciding whether to do something, if you feel anything less than ‘Wow! That would be amazing! Absolutely! Hell yeah!’ — then say ‘no.’”

“When you say no to most things, you leave room in your life to really throw yourself completely into that rare thing that makes you say ‘HELL YEAH!’”

Whatever you’re invited to, regardless if it’s a meeting or social function, if you’re not 100% into it, politely say “no.” And use this thinking with any other time requests that come your way as well.

Connect with people — in real life.

“In many Muslim cultures, when you want to ask how they’re doing, you ask: in Arabic, Kayf haal-ik? Or, in Persian, Haal-e shomaa chetoreh? How is your haal?” writes Omid Safi.

“What is this haal that you inquire about?” Safi asks. It’s “the transient state of one’s heart.” That means that you’re genuinely asking, “How is your heart doing at this very moment, at this breath?”

“Tell me you remember you are still a human being, not just a human doing,” adds Safi. “Tell me you’re more than just a machine, checking off items from your to-do list. Have that conversation, that glance, that touch.”

“Be a healing conversation, one filled with grace and presence,” he advises.

“You will never find time for anything. If you want time, you must make it.” — Charles Buxto

I can’t stress this enough. You are the gatekeeper of your time. Don’t let anyone else tell you otherwise.

Of course, this doesn’t mean you shouldn’t be disrespectful of others. For instance, when you get paid to do a job on an agreed-upon deadline, then you have to see that through. On the flip side, if you’re at full capacity, don’t commit to anything new until you have the availability.

While you can’t completely go-off-the grid, you do need to establish boundaries with technology. Your phone, as an example, has a knack for distracting and pulling you from the present. Just think about how many times you’re in the zone or relaxing only for a text to transport you to some future event.

While turning off notifications or blocking apps/websites at certain times can help, there’s always the temptation to look at our phones. In fact, there’s even a phenomenon known as phantom vibration syndrome where we think that our phone is ringing or vibrating when it’s not.

The best way to counter this? Go on a tech detox by designating tech-free zones.

When it’s time to eat dinner, leave your phone in the living room. Have your family do the same is that everyone is fully engaged in conversation. When it’s bedtime, turn your phone off and keep it somewhere else in your home — even if it’s just across the room.

While leaving your phone in another room may be uncomfortable initially, it will get easier over time. Eventually, you’ll realize that you don’t always have your phone beside you 24/7. And, that will improve your relationships, encourage a better night’s sleep, and make you in-tune with your surroundings. 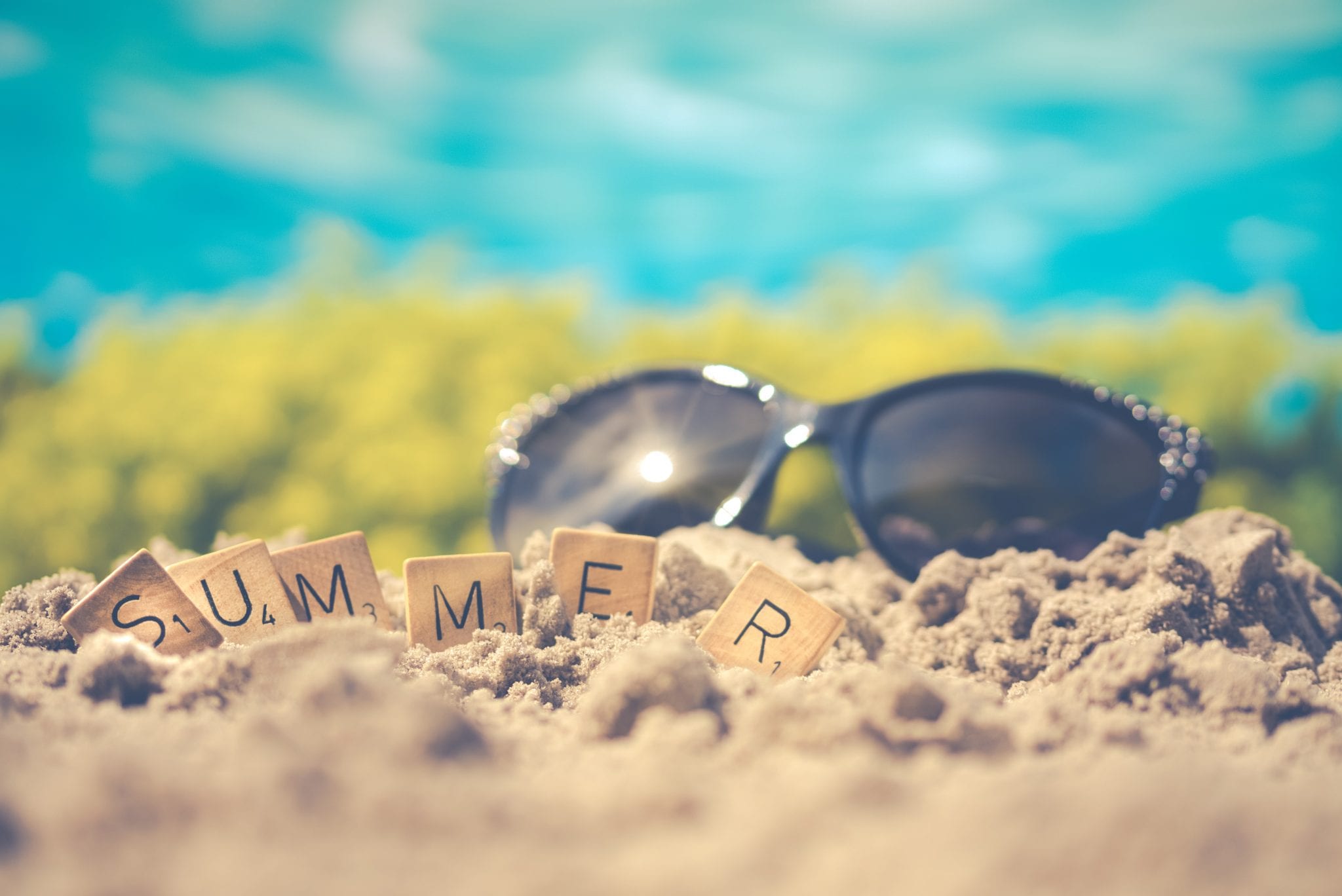 It May Be Summertime, but the Living Ain’t Necessarily Easier

It May Be Summertime, but the Living Ain’t Necessarily Easier
Register Now & Get a 30 Day Trial Register Now