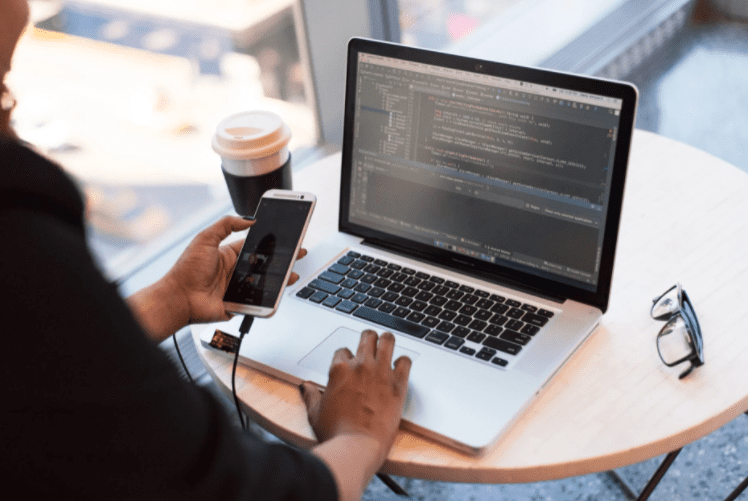 The last year has been one that we’ll be recalling for the rest of our lives. And, we certainly had plenty of reasons not to prioritize productivity. However, as we begin to re-emerge into some semblance of normalcy, it’s time to get back on the productivity train.

Obviously, to actually get back to “normal” (whatever that is much easier said than done. We’re still adjusting and coping with the ripple effects of COVID-19. But, it’s not impossible if you employ the following techniques.

1. Have a more mindful morning.

For many of us, working from home has all but erased the boundaries between work and life. As a result, burnout has become rampant.

One way to resolve this? Don’t check your email when you first wake up.

Even though 66% of people dive into their inbox first thing in the morning, that’s a surefire way to drain your productivity and increase your anxiety.

“Your inbox is everyone else’s to-do list for you, aligned to their goals and objectives, not necessarily your goals and objectives,” Carson Tate, author of “Work Simply: Embracing the Power of Your Personal Productivity Style,” told Business Insider. “You are sacrificing one of the most productive periods of your day, the start when you are fresh, alert, and not yet mentally fatigued to react to what everyone else wants from you versus using your focused energy to advance your goals.”

As opposed to grabbing your phone immediately when you wake up, start your day with a 5-minute meditation. It’s a simple way to ease into the day while also gaining clarity on what requires your immediate attention.

As for climbing out from underneath your inbox, do this only three times a day. I do this right before work, after lunch, and when I’m ready to wrap up the workday. I also use methods like the two-minute rule and the 4D’s of email organization where I either do, delete, delegate, or defer.

“What’s the ONE Thing I can do such that by doing it, everything else will be easier or unnecessary?”” asks Gary Keller, co-author of “The One Thing. He says that you should ask this “over and over until you’re doing the most important thing – your ‘ONE Thing.’”

“Extraordinary results are rarely happenstance,” he adds. “They come from the choices we make and the actions we take.”

“The Focusing Question always aims you at the absolute best of both by forcing you to do what is essential to success,” explains Keller. “It ignores what is doable and drills down to what is necessary, to what matters.” Regardless if “you’re looking for answers big or small, asking the Focusing Question is the ultimate ‘success habit’ in your life.”

After you’ve answered the “Focusing Question,” write it down. Dr. Gail Matthews, a psychology professor at the Dominican University in California, found that you become 42% more likely to achieve your goals and dreams simply by writing them down on a regular basis.

Researchers Gary Lupyan and Daniel Swingley conducted a study in 2012 where two groups of volunteers were tasked with finding a banana in a pile of random images. The group that said “banana” out loud located the picture first?

Why? Because this blocked out distractions and elevated their focus.

It might seem awkward at first. But, if you’re still working from home, who else is going to judge you? Maybe your dog, but this won’t make them think any less of you.

If you’re back in the office, maybe just mumble quietly the action you currently have to take. Just remember to use positive self-talk and refer to yourself in the third person as this controls your emotions.

4. Do your most important task second.

“Often people make the mistake of putting everything into a priority list and doing the most important thing first,” Yishan Wong wrote on Quora. “But the first thing is kind of hard to get started with for whatever reason and they end up getting stalled.”

“Instead, do the most appealing task first,” he recommends. It’s an easy way to “help you gain momentum, and once you go, you can more easily get started on the high priority tasks.”

In other words, when procrastinating, sometimes you don’t want to force yourself to prioritize. Rather, just getting started should be your top strategy.

5. Create a safe and stress-free environment.

Back in the 1960s, physician and neuroscientist Paul MacLean developed the famous triune brain theory. Although this has been revised over the years, this theory states that we have three brains.

“The most ancient structure is the reptilian brain, so named because it is made up of the stem and cerebellum,” explains David Hassell, CEO of 15Five. “These structures also appear in reptiles, animals that lack the more developed brain components described below.” It’s ancient and controls our heart rate and breathing, and is designed to protect us.

The next structure is the limbic brain. The limbic brain is shared by all mammals and “is where emotions, memories, and aggression live,” adds Hassell. It also “controls much of our behavior.”

“When we worry about our social lives and relationships, we recede into our limbic brains,” he states.

“Finally, we humans and other primates have a specialized structure called the neo-cortex,” says Hassell. Also called the frontal lobe, it’s “responsible for language and abstract and creative thinking.”

What does any of this have to do with productivity? It’s simple. “When people feel unsafe at work, their more primitive brain structures are activated, and they can’t access their frontal lobes to innovate,” clarifies Hassell.

What’s more, fear “will trigger their brains to start producing adrenaline and cortisol, and their creative minds will shut down.”

While this can vary depending on your preferences, here are some pointers to cultivate a safe and stress-free work environment;

I’m going to be blunt. You’re not really crunched for time. You’re either not effectively managing your energy or just flat-out wasting time.

I don’t want to stand on my soapbox here. We’ve all been guilty of squandering our most precious resource. But, why do we do this to ourselves?

“Maybe you haven’t gotten clear on your ultimate purpose, and don’t feel motivated to move forward,” writes Team Tony. “Perhaps you’ve given in to limiting beliefs and are telling yourself you’re incapable of accomplishing your goals. Or maybe you haven’t yet mastered effective time management skills and are wasting more time than planned.”

Regardless of the exact reason, there are ways to turn this around. One such example would be what Tony Robbins calls N.E.T. time – No Extra Time.

“Use time spent commuting, running errands, exercising, or cleaning the house to feed your mind with high-quality coaching and powerful information that will help you achieve your dreams.”

To get started, compose “a list of action items, podcasts, or websites that you can utilize in short bursts of time and keep this list handy on your phone or in your planner,” Tony advises. “Combine your N.E.T. time with action, and your results will increase exponentially!” Overall, this “allows you to maximize the time you currently have at your fingertips, so you get more done without missing a moment.”

Other strategies to employ include;

To be fair, standing up while working isn’t a recent phenomenon. In fact, famous authors, including Ernest Hemingway, Lewis Carroll, Charles Dickens, and Virginia Woolf, all stood up to write.

More recently, researchers at Texas A&M Health Science Center School of Public Health conducted found that those who could sit and stand throughout the day were 46% more productive. Additionally, 75% of workers reported that they had fewer body aches.

Considering that the pandemic has encouraged a more sedentary lifestyle, investing in a standing desk might not just make you more productive. They could also benefit your overall health and well-being.

It’s no secret that frequent breaks throughout the day can make you more productive. The Atlantic states the ideal formula is to work for 52 minutes and break for 17. Other studies report that you should unplug every 90-minutes because of ultradian rhythms.

The key is to find your rhythm and make breaks a priority. You also need to spend them engaged in activities that replenish you. And, that’s when a “break list” can come in handy.

Some ideas would be going for a walk outside, journaling, or learning something new.

These days, we’re connected 24/7. And, the pandemic has only made this more prevalent. What with doomscrolling and no having clear work-life boundaries. As a consequence, this is causing information overload.

According to Lucy Jo Palladino, Ph.D., a psychologist and author of Find Your Focus Zone: An Effective New Plan to Defeat Distraction and Overload, “Information overload occurs when a person is exposed to more information than the brain can process at one time.” When not checked, this can harm our mental and physical health, negatively impact relationships, and hinder productivity.

How can information overload be addressed? Tim Ferriss recommends going on a “low information diet.” And, you can use the following technique to get started;

According to psychology professor Barry Schwartz, having too many choices is both paralyzing and exhausting. The paradox of choice, as Schwartz calls it, is also detrimental to our mental health. His research shows that having greater possibilities leads to higher rates of depression.

How can you prevent this from happening? Well, the most obvious answer is to make fewer and better decisions.

While that may sound impossible, it’s not as complicated as you would think if you plan ahead. That doesn’t mean you have to book every minute of your time. Rather, planning in advance could be preparing your meals for the week or laying out your clothes.

That may not sound like much. But, no having to think about what you’re going to eat or wear won’t deplete mental energy. You can then put that energy to better use, like when focusing on your most important task for the day.

Another suggestion would be to create a “won’t-do list.” It’s an idea that was popularized by Jack Dorsey.

“The ‘won’t do’ list is often more important than the ‘do’ list,” he tweeted. “Setting the intention to deliberately not work on something gives me clearer space to think and work, and be less reactive. Some items stay on the lists for days/weeks/months; some I want to make sure I do every day.” 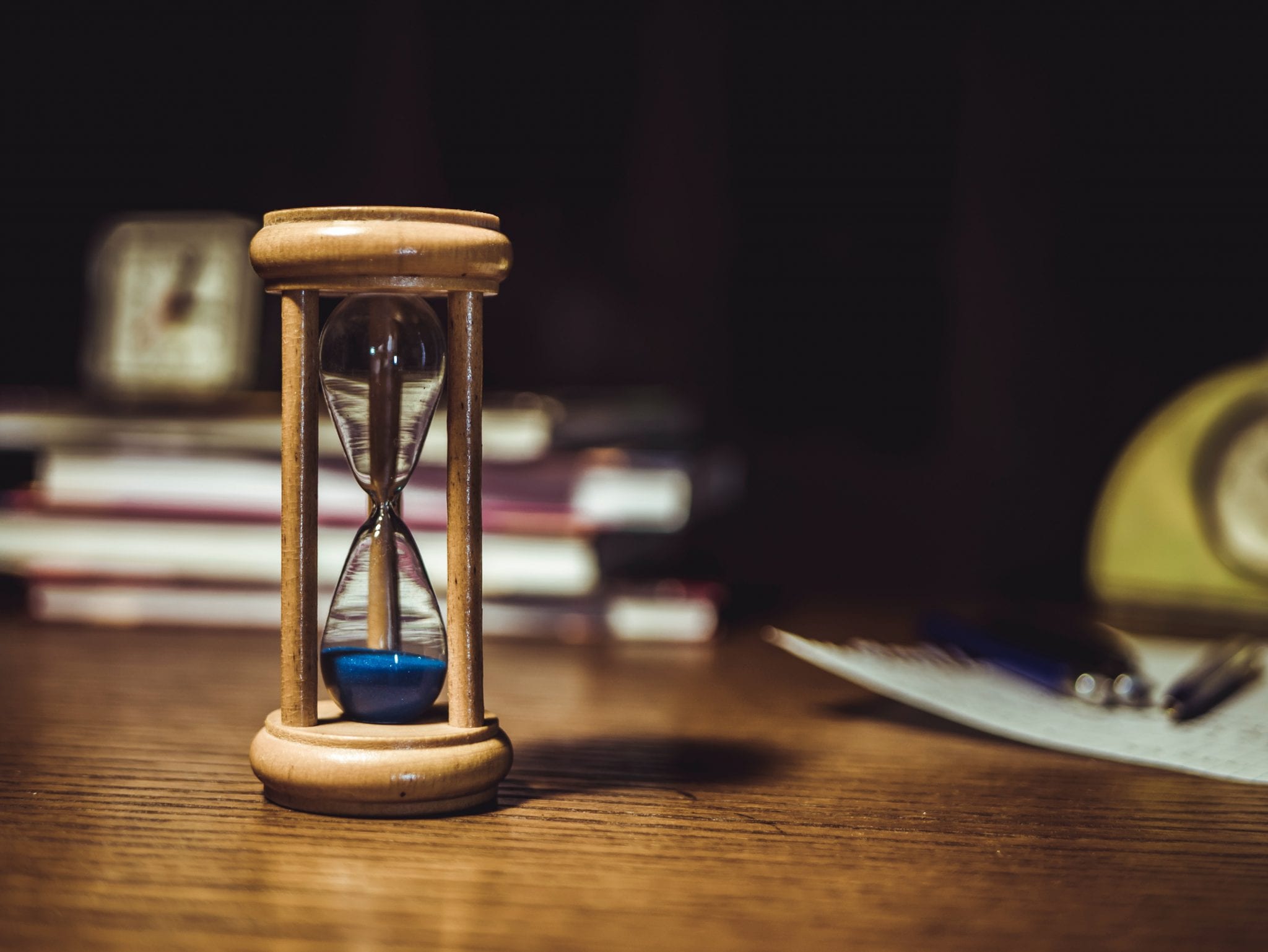