15 Habits That Can Destroy Workplace Relationships 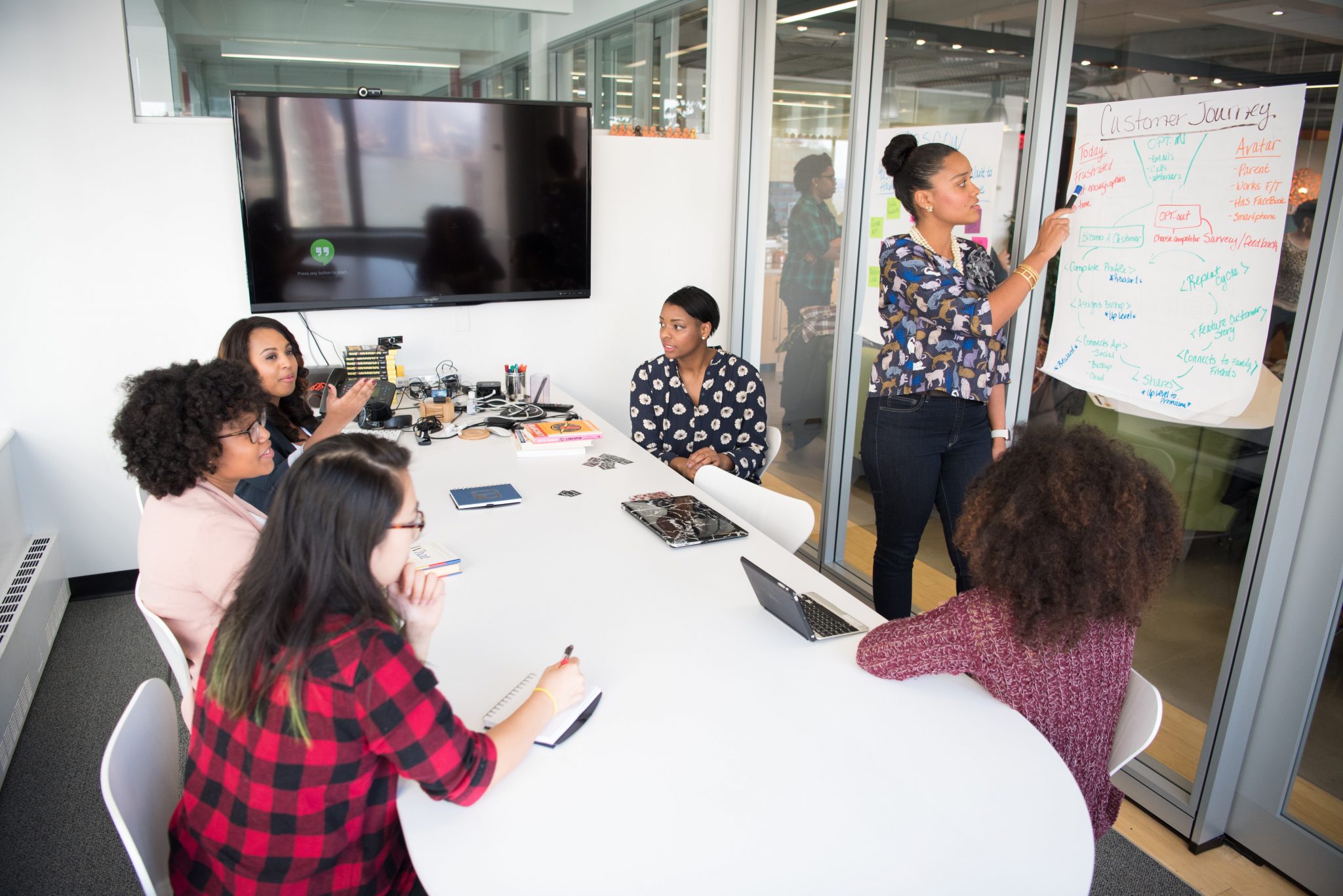 No matter what field you work in, having connections with your peers can help you succeed. ‌Research ‌shows‌ ‌that‌ ‌having‌ ‌friends‌ ‌at‌ ‌work has a variety‌ ‌of‌ ‌benefits. These include job satisfaction, higher productivity, and support for personal or work-related‌ ‌issues. Moreover, 63% have reported that friends make work more enjoyable. But some habits can destroy your workplace relationships.

Positive relationships with coworkers improve collaboration, creativity, health, and retention. ‌Plus, having good relationships with the people you spend a lot of time with, on average 7.8 per day, can boost your morale. As a result, this can improve your performance.

In the workplace, though, there’s a right way and a wrong way to connect with people. While unhealthy methods may be quicker, they usually cannot be sustained over time. ‌That’s not good for relationship building, either.

Here are 15 habits that can destroy workplace relationships.

In addition, workplace gossip can turn a workplace into a battlefield, where people have to take‌ ‌sides. ‌Besides creating a hostile environment, it also destroys any trust between‌ ‌colleagues.

Keeping workplace gossip at bay isn’t ‌easy. ‌However, whenever you hear a story being passed along the office, ask yourself if it’s true — and stop spreading it.

Each of us has worked with an individual who is frequently late, cannot attend meetings because of an emergency, or does not follow through on promises.

That may seem harmless at first. ‌But, when an employee doesn’t perform and deliver, it sets the whole team back. It also wasted their valuable time. And it harms the reputation of the business.

Personally, to fix the problem, I stopped overextending myself and committing to things I’d never finish. ‌Sometimes, I may have to say “no” and keep my calendar clean. But, if you can’t meet a deadline, be upfront and tell the person before it’s too late.

And, if you’re in a leadership position, you can also help your team be reliable and productive. For example, you can reduce phantom workload. As Marilyn Paul, Ph.D., and David Peter Stroh defined phantom workload “is the unintentional work created when people either take expedient but ineffective shortcuts or avoid taking on such as essential.”

“You interpret things negatively when there aren’t facts to support your conclusion,” Kare Anderson wrote in Forbes. There are two common ways that we jump to conclusions.

The first is ‘mind-reading.’ ‌In this case, “you arbitrarily conclude that someone is reacting negatively to you,” explains Anderson. The other is ‘fortune-telling.’ Here “you assume and predict that things will turn out badly.”

To prevent jumping to conclusions, always gather the facts and ask questions. But, of course, you may also want to take another perspective. ‌And if you make assumptions, you should constantly actively challenge them.

Nobody likes to admit they have poor communication habits — even if they could affect their job. ‌Even so, most of us see some of these habits in people we work with daily. ‌By reminding yourself of these habits, your chances of these habits affecting your business and relationships can be significantly reduced.

Be sure to engage in good communication with your coworkers. To start, pay attention to others, return calls and emails promptly, and be open-minded.

“Passive aggression is a deliberate yet covert way of expressing feelings of anger,” explains Signe Whitson L.S.W., C-SSWS. “Fearful that life will get worse if other people know about their anger, the passive-aggressive person expresses feelings indirectly, through a range of behaviors designed to ‘get back’ at another person without that person recognizing the underlying anger.”

Some of the most common examples include;

It’s best to be aware of when you react passively or aggressively on a personal level. And, if you begin seeing red, give yourself some time before responding.

Personally, I know some people who do their best work right before the deadline. They claim that this gives them more flexibility and time to work everything out. ‌But, unfortunately, even though it’s useful for the person working alone, it’s not always a good practice or fair to the rest of the team.

The more procrastination there is, the more people scramble to get things done‌ ‌last‌ ‌minute. But unfortunately, it also prevents the entire team from moving forward. ‌In addition to stressing out colleagues, it can also lead to resentment.

For some, overcoming procrastination isn’t easy. I’ve found that narrowing down my priorities helps. Usually, these are the three most important tasks for the day. I schedule these in my calendar first. Everything else is planned for later, delegated, or dropped.

I’ve also found that working on my most challenging or unpleasant task also helps me not procrastinate. Why? Because it gives me less time to talk myself out of doing it. And it also builds momentum for the rest of the day.

You might feel negative if you work longer hours, don’t get along with a coworker, or are frustrated with slow progress. ‌No matter what the reason, negativity can bog you down. And, your coworkers may not want to work with you if you ‌are full of negativity.

Understanding what frustrates you and exploring ways to improve it can help you get over your negativity. ‌For example, maybe you can delegate some of your work or work a more flexible schedule. Also, you could share your troubles with your teammates. Not only is this good for your wellbeing, but it can also strengthen work relationships.

The practice of self-sacrifice is another way to ruin relationships at work. ‌Of course, it’s great to have someone in the workplace who is willing to lend a hand. ‌But, at the same time, if this is your relationship foundation, it depends upon‌ ‌giving.

In the long run, this habit can cause resentment between you and your coworkers because you won’t get anything back. ‌Plus, it’s ‌unsustainable. ‌Eventually, taking care of your own responsibilities and those of your colleagues will burn you out. And this can prevent you from focusing on your priorities.

“We all know someone who is a Points Shaver,” says Blaine Loomer, author of Corporate Bullsh*t: A Survival Guide. “They keep score on everything.” ‌Whatever they do for you, they expect to get paid at some point.

“Points Shavers seem to remember what they have done for you,” Loomer adds. But, they “forget what you have done for them.” ‌So, whenever ‌you‌ ‌ask‌ ‌for a favor, they go on and on about how they have helped you in the past and how you’re indebted to them.

“When dealing with a Points Shaver, keep in mind that the score is never tied,” Loomer states. “Don’t bother keeping score unless it’s worth your time.” ‌It might be best to avoid the Point Shaver altogether. And don’t be one yourself.

Don’t get me wrong; there’s a time and a place to apologize. Apologies for anything and everything (no matter the issue) that can contribute to your colleague’s thinking you can’t handle the regular job duties. This can also affect your own confidence.

Over-apologizing is especially common with women, as they tend to define offenses more broadly than men, causing them to apologize more often.

Run an audit on your apologies, understanding where and when you choose to do so (and don’t be afraid to enlist the help of your colleagues as well). Being mindful of this habit will help you to determine when it’s best to apologize and when it’s best to reframe your response to something more positive and productive for all involved.

Working alone has its perks. ‌Say, finishing a report before the‌ ‌deadline. ‌However,‌ ‌you‌ ‌can’t expect to succeed if you’re known as the ‌”lone‌ ‌wolf.” ‌Teamwork can make you stronger personally and professionally. It’ll also make you realize that the team goal is more important than your own.

Being a team player builds trust and motivates people to work together on a project and support one another. Or course, this can be a challenge for introverts or those working remotely. But, you can still respond to others in a timely manner or jump in on the occasional Zoom call.

12 Taking credit for something you didn’t do.

I’ll ‌keep‌ ‌this‌ ‌‌brief. ‌You show you don’t care about anyone else when you take credit for their work. ‌As a result, your colleagues may quickly turn against you due to this selfish act. ‌Always give proper credit to the person who deserves‌ ‌it.

For any relationship to work, trust is vital. After all, it’s been found that those working in a high-trust environment are more engaged, productive, and aligned with the company’s purpose. They’re also less stressed.

At the same time, it can be scary to build trust. It requires you to be authentic and vulnerable. But, it’s vital to both your individual and team’s success.

Try sharing one thing you loved or accomplished this week to get things rolling. ‌Then, you’ll be able to connect with coworkers genuinely over something simple like your favorite food, movie, or productivity hack. Also, going to the first point, don’t spread gossip — especially if you were told something in confidence.

You may have abused your company’s leniency. For example, you may have a flexible schedule that allows you to work from home twice a week. However, you’re now working from home three days a week. Even if that’s been approved by the higher-ups, you can see why teammates following the schedule could get upset.

You should respect your job and whatever freedoms and powers your employer has given you, and you should stop abusing them.

Another bad work habit that fractures relationships? Being disorganized.

You might miss deadlines, take longer to complete work than expected, and not be prepared for meetings if you are disorganized. Moreover, this can lead to other problems, like showing up late for a team meeting.

Creating a system that works for you will combat disorganization—for example, using time blocking your calendar for what’s most important. Additionally, organize your computer files into folders and tidy up your ‌desk. And put buffers between calendar entries so that you have time to prepare and arrive on time.

15 Habits That Can Destroy Workplace Relationships was originally published on Calendar by Deanna Ritchie. 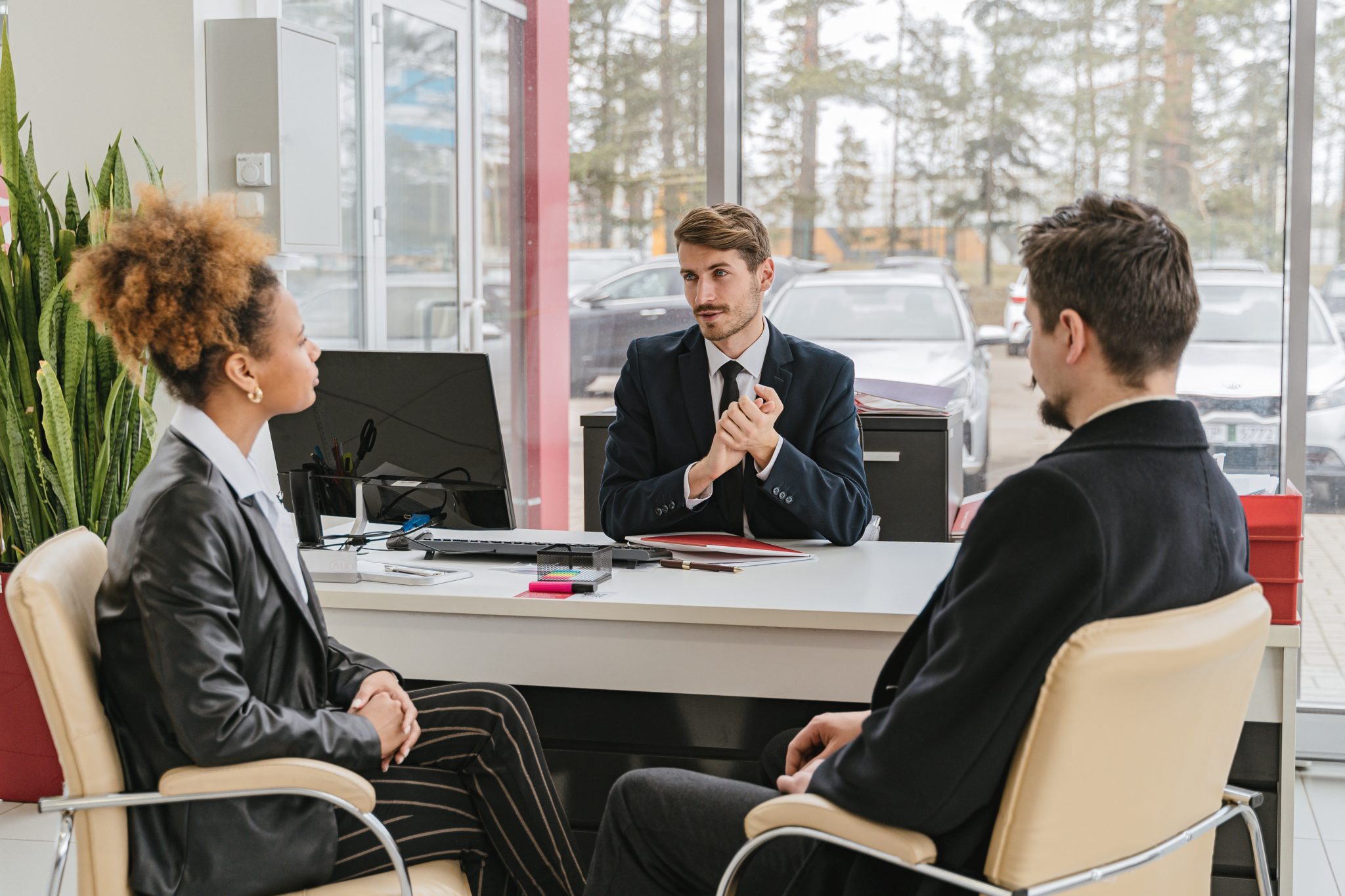 How to Help Your Business Succeed by Putting Your Customer First