What Scares You? 101 Quotes to Overcome It 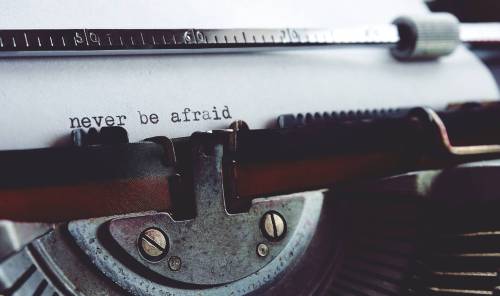 There is no doubt that fear is one of the most powerful emotions our minds can conjure up. As a result, you may have difficulty thinking, or your voice may quiver while speaking. In addition, when its grip is tight enough, it may even make you feel immobile.

Embrace your physical dangers; they’ll help you survive. There’s no question about it: if a bear is staring you down for its next meal, you better be scared.

Fear can, however, be crippling as well. By not seizing opportunities, avoiding experiences, and failing to grow as a person, we are preventing ourselves from becoming stronger, better people.

One of the most important steps toward personal and professional development is overcoming our fears, whether they are fears of the unknown, failures, or successes.

These quotes about fear can give you strength. You can use them to conquer your fears and overcome them.

1. “What would life be if we had no courage to attempt anything?” — Vincent van Gogh

2. ”If you want to conquer fear, don’t sit home and think about it. Go out and get busy.” — Dale Carnegie

3. “Avoiding danger is no safer in the long run than outright exposure. The fearful are caught as often as the bold.” — Helen Keller

6. “You gain strength, courage, and confidence by every experience in which you really stop to look fear in the face. You are able to say to yourself, ‘I lived through this horror. I can take the next thing that comes along.” — Eleanor Roosevelt

7. “Do not be afraid to give up the good to go for the great.” — John Rockefeller

8. “Too many people are thinking of security instead of opportunity. They seem to be more afraid of life than death.” — James F. Byrnes

9. “Fear is only as deep as the mind allows.” — Japanese Proverb

10. “Don’t let fear or insecurity stop you from trying new things. Believe in yourself. Do what you love. And most importantly, be kind to others, even if you don’t like them.” — Stacy London

11. “Do not fear mistakes. You will know failure. Continue to reach out.” — Benjamin Franklin

12. “Of all the liars in the world, sometimes the worst are our own fears.” — Rudyard Kipling

13. “He who has overcome his fears will truly be free.” — Aristotle

14. “I learned that courage was not the absence of fear, but the triumph over it. The brave man is not he who does not feel afraid, but he who conquers that fear.” — Nelson Mandela

15. “Each of us must confront our own fears, must come face to face with them. How we handle our fears will determine where we go with the rest of our lives. To experience adventure or to be limited by the fear of it.” — Judy Blume

16. “Curiosity will conquer fear even more than bravery will.” — James Stephens

18. ”We must build dikes of courage to hold back the flood of fear.” — Martin Luther King, Jr.

19. “Everything you want is on the other side of fear.” — Jack Canfield

20. “Ignorance is the parent of fear.” — Herman Melville

21. “To overcome a fear, here’s all you have to do: realize the fear is there, and do the action you fear anyway.” — Peter McWilliams

22. “You always have two choices: your commitment versus your fear.” — Sammy Davis, Jr.

23. “Failure doesn’t mean you are a failure; it just means you haven’t succeeded yet.” — Robert H. Schuller

26. ”As soon as the fear approaches near, attack and destroy it.” — Chanakya

28. “The only thing we have to fear is fear itself.” — Franklin D. Roosevelt

29. “Remembering that I’ll be dead soon is the most important tool I’ve ever encountered to help me make the big choices in life. Because almost everything – all external expectations, all pride, all fear of embarrassment or failure – these things just fall away in the face of death, leaving only what is truly important.” — Steve Jobs

30. “Nothing in life is to be feared; it is only to be understood. Now is the time to understand more so that we may fear less.” — Marie Curie

32. “If you are distressed by anything external, the pain is not due to the thing itself, but to your estimate of it; and this you have the power to revoke at any moment.” — Marcus Aurelius

33. “No passion so effectually robs the mind of all its powers of acting and reasoning as fear.” — Edmund Burke

34. “If you know the enemy and know yourself you need not fear the results of a hundred battles.” — Sun Tzu

35. “Fear is the path to the dark side. Fear leads to anger. Anger leads to hate. Hate leads to suffering.” — Yoda

36. “Fear is the lengthened shadow of ignorance.” — Arnold Glasow

37. “Do the thing you fear most, and the death of fear is certain.” — Mark Twain

38. “The eagle has no fear of adversity. We need to be like the eagle and have a fearless spirit of a conqueror!” — Joyce Meyer

39. “Fears are nothing more than a state of mind.” — Napoleon Hill

41. “Don’t fear failure so much that you refuse to try new things. The saddest summary of a life contains three descriptions: could have, might have, and should have.” — Louis E. Boone

42. “Living with fear stops us from taking risks, and if you don’t go out on the branch, you’re never going to get the best fruit.” — Sarah Parish

44. “I have learned over the years that when one’s mind is made up, this diminishes fear; knowing what must be done does away with fear.”– Rosa Parks

46. “Expose yourself to your deepest fear; after that, fear has no power, and the fear of freedom shrinks and vanishes. You are free.” — Jim Morrison

47. “Have no fear of perfection. You’ll never reach it.” — Salvador Dali

49. “Fear not, we are of the nature of the lion and cannot descend to the destruction of mice and such small beasts.” — Elizabeth I

50. “He who is not everyday conquering some fear has not learned the secret of life.” — Ralph Waldo Emerson

51. “Keep your fears to yourself but share your courage with others.” — Robert Louis Stevenson

52. “Where fear is present, wisdom cannot be.” — Lacantius

53. “Being brave isn’t the absence of fear. Being brave is having that fear but finding a way through it.” — Bear Grylls

55. “The cave you fear to enter holds the treasure you seek.” — Joseph Campbell

56. “Fear is the most subtle and destructive of all human diseases.” — Dr. Smiley Blanton

57. ”How very little can be done under the spirit of fear.” — Florence Nightingale

58. “It is hard to fail, but it is worse never to have tried to succeed.” — Theodore Roosevelt

59. “There are times when fear is good. It must keep its watchful place at the heart’s controls.” — Aeschylus

61. “I say I am stronger than fear.”– Malala Yousafzai

62. “My great concern is not whether you have failed, but whether you are content with your failure.” — Abraham Lincoln

63. “We can easily forgive a child who is afraid of the dark; the real tragedy of life is when men are afraid of the light.” — Plato

64. “Fear is not real. The only place that fear can exist is in our thoughts of the future. It is a product of our imagination, causing us to fear things that do not at present and may not ever exist. That is near insanity. Do not misunderstand me danger is very real, but fear is a choice.” — Cypher Raige (Will Smith from the film After Earth)

65. “Limits, like fear, are often an illusion.” — Michael Jordan

66. “Never let the fear of striking out keep you from playing the game.” —Babe Ruth

67. “The best way out is always through.”– Robert Frost

68. “Fear is that little darkroom where negatives are developed.” — Michael Pritchard

70. “No man is a failure who is enjoying life.” — William Feather

71. “Obstacles are like wild animals. They are cowards but they will bluff you if they can. If they see you are afraid of them… they are liable to spring upon you; but if you look them squarely in the eye, they will slink out of sight.”– Orison Swett Marden

72. “The greatest mistake we make is living in constant fear that we will make one.” — John C. Maxwell

73. “Our greatest fear should not be of failure but of succeeding at things in life that don’t really matter.” — Francis Chan

74. “Success is not final, failure is not fatal: it is the courage to continue that counts.” — Winston Churchill

76. “Fears are educated into us, and can, if we wish, be educated out.” — Karl Augustus Menninger

78. “The greatest mistake you can make in life is to continually be afraid you will make one.” — Elbert Hubbard

79. “Fear has a large shadow, but he himself is small.” — Ruth Gendler

80. “Fear is a habit; so is self-pity, defeat, anxiety, despair, hopelessness and resignation. You can eliminate all of these negative habits with two simple resolves: I can. I will.” — Anonymous

81. ”Man cannot discover new oceans unless he has the courage to lose sight of the shore.” — Andre Gide

82. “There are two basic motivating forces: fear and love. When we are afraid, we pull back from life. When we are in love, we open to all that life has to offer with passion, excitement, and acceptance…Evolution and all hopes for a better world rest in the fearlessness and open-hearted vision of people who embrace life.” — John Lennon

83. “Try a thing you haven’t done three times. Once, to get over the fear of doing it. Twice, to learn how to do it. And a third time to figure out whether you like it or not.” — Virgil Thomson

84. “The thing you fear most has no power. Your fear of it is what has the power. Facing the truth really will set you free.” — Oprah Winfrey

85. ”Only when we are no longer afraid do we begin to live.” — Dorothy Thompson

87. “Anything I’ve ever done that ultimately was worthwhile… initially scared me to death.”– Betty Bender

88. “Listen to what you know instead of what you fear.” — Richard Bach

89. “It’s OKAY to be scared. Being scared means you’re about to do something really, really brave.” — Mandy Hale

90. “Thinking will not overcome fear, but action will.” — W. Clement Stone

91. “We are taught to understand, correctly, that courage is not the absence of fear, but the capacity for action despite our fears.” — John McCain

92. “Ultimately, we know deeply that the other side of every fear is freedom.” — Marilyn Ferguson

93. “To fear is one thing. To let fear grab you by the tail and swing you around is another.” — Katherine Paterson

94. “We are held back by fears, not limitations.” — Anonymous

95. “I may be compelled to face danger, but never fear it, and while our soldiers can stand and fight, I can stand and feed and nurse them.” — Clara Barton

97. “To escape fear, you have to go through it, not around.” — Richard Norton

98. “True success is overcoming the fear of being unsuccessful.” — Paul Sweeney

99. “Great work is done by people who are not afraid to be great.” — Fernando Flores

101. “Becoming fearless isn’t the point. That’s impossible. It’s learning how to control your fear and how to be free from it.” — Veronica Roth

What Scares You? 101 Quotes to Overcome It was originally published on Calendar.com on Oct. 4, 2022, by Deanna Ritchie. Featured Image: Suzy Hazelwood; Pexels.com. Thank you! 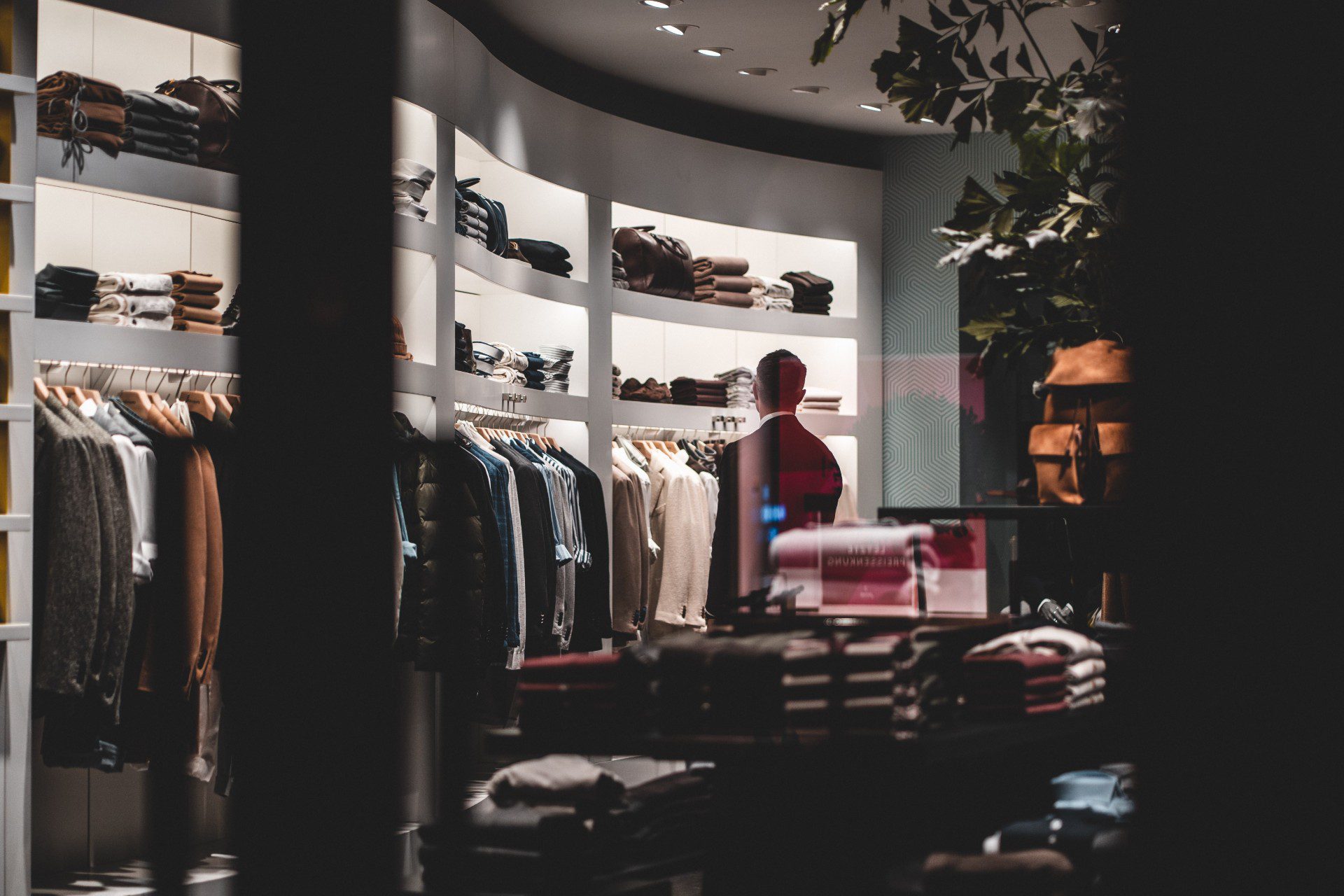 5 Ways to Show Your Customers You Appreciate Them